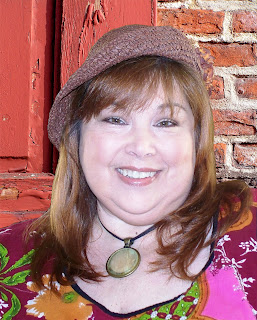 Have you ever had a friend you’ve never met? In our world of virtual relationships, this doesn’t seem as unusual as it otherwise might. My friendship with today’s featured author, Sandra D. Bricker, has come about without an in-person meeting. I became a fan of her books before I connected with her on Facebook. There, we’ve exchanged enough posts and messages to realize we have not only her books in common, but much more, including a shared hometown (Cincinnati, Ohio, where our fathers–and later Sandie herself–worked for the same company); similar ages (we both remember Uncle Al, a popular Cincinnati television host in the 50s and 60s); and numerous publishing industry friends.
Since Sandie and I live only about two hours apart from each other in Florida, we’re hoping to make our virtual relationship up-close and personal one day soon. In the meantime, on to the interview!
BIO: For nearly two decades, Sandra D. Bricker lived in Los Angeles. While honing her chosen craft of screenwriting in every spare moment, she worked as a personal assistant and publicist to some of daytime television’s hottest stars. When her mother became ill in Florida, she walked away from that segment of her life and moved across the country to take on a new role: Caregiver.
“I guess most people would see my career as a publicist as a sort of dream job. But giving it up turned out to be the best thing that could have happened to me!” she declares. That’s when she combined her love of films and books with her passion for writing, and a best-selling, award-winning reader favorite was born!
Enjoy today’s interview with Sandra. And be sure to read to the end to enter our Valentine Prize pack giveway!
The Emma Rae Creations series began with Always the Baker, Never the Bride, but how and when did it begin in your head?
I’m a very big fan of cake. It’s my sweet treat of choice. More than chocolate, more than pie or ice cream, I just really do love cake. My mom was a gifted baker too, so that part of it has always been in my head for one of my characters. Then one Sunday afternoon while killing time on the sofa, I watched a marathon of Amazing Wedding Cakes. I remember thinking, Wow! I wonder what it would be like for someone like me – a diabetic – to have a calling for baking wedding cakes. As much as I love cake, it might kill me! Two hours later, the whole first book had unfolded. I was so excited about it that I couldn’t even wait to filter the proposal through my agent. I just called my editor directly and pitched the idea that Monday morning, and she flipped for it too. And unto us, a series was born! 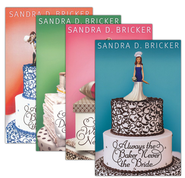 Did you set out to write a series of four books?
Not at all. It started as one book – Always the Baker Never the Bride. It wasn’t until much later that my editor and I decided we’d somehow stumbled into capturing a little bit of lightning in a bottle. The next books were contracted after the first book had already come out.
In this series, you reveal an amazing amount of wedding knowledge. Have you ever served as a wedding planner?
I was a publicist for actors for over 15 years when I lived in Los Angeles. A large part of the job was planning and hosting large events for their fan clubs, fundraisers for their favorite charities, etc. So combined with the fact that I grew up with a mother who was known as the consummate hostess, I have a ton of event planning experience. In addition, I was the wedding planner for two close girlfriends, so I learned an awful lot by default. The rest of it came through research.
Did your characters do anything that surprised you as you wrote Always the Baker, Finally a Brideand its series partners? If so, will you share one or more with us?
When I wrote the first book, Emma emerged as someone I really related to. She became a girl that I’d have as a friend, someone I’d hang out with. But aside from the fact that we both are diabetics, we didn’t really have all that much in common. Then when I wrote the second book, Sherilyn (the wedding planner) poured straight out of the heart of me. The girl WAS me … from our love of classic rock to our chocolate addiction to our Type A personalities. Over the course of the last three books, Sherilyn was the closest thing to ME I’ve ever revealed through a fictional character. I hadn’t expected that at all! She was supposed to be very different.
What’s next? Can we expect a spin-off series starring Fee, Kat, or any of the book’s other players?
Oh, I would SO LOVE THAT! There had been some plans for a while to publish an Emma Rae cookbook, which I was really excited about because almost all of the recipes in the books came from my mom’s personal recipe files. But Abingdon decided not to pursue the idea when they went into other directions, such as the Quilts of Love line. I’d pitched a couple more Emma Rae books, but they moved on and my editor told us this would be the end of the series. I was almost relieved at that news initially; after all, I’d spent three years writing Emma and the crew! But once Always the Baker Finally the Bridewas turned in and reality set in on me, I was a little heartbroken to realize I wouldn’t spend any more time with them. The good news is we’ve had a nibble here and there about sending them to the small screen, or possibly to a feature film. No contracts have been signed or anything, but I’m enthused about the hope of continuing their stories. Either way, though, the really good news about being a writer is that you never run out of new characters and exciting plots to put on the page!
That’s beyond exciting, Sandie. Readers have seemingly been extraordinarily loyal to Emma Rae and the people of The Tanglewood Inn. Where can they keep up with them through the release of the final book?
They really have! I think I have the sweetest, most loyal and supportive readers in the world, and I’m more grateful to them than I can even express. We’ve created a really fun Facebook page for The Tanglewood Inn where “the hotel staff” posts things like guest entries in the journals in the rooms, different pictures of the hotel and the weddings that take place there. It’s been a lot of fun as more readers have started to participate.
Where can readers find you on the Internet?
Here are some links to the places I most often hang out:
Fans of Sandra D. Bricker reader page on Facebook

Next, I want to repeat Wednesday’s info about the Valentine Prize Pack. Leave your comment here or on Wednesday’s post to be entered into the drawing.
I haven’t done a giveaway for some time, so since it’s Valentine’s Week, let’s try one. Leave a comment below (sorry, Facebook rules prevent me from using those comments in a contest) with a special wedding memory, either your own or someone else’s.  I’ll receive comments through this Friday, February 15, at midnight EST and post a winner (chosen at random.org) on Saturday, February 16. Include your email or a link so I can contact you if you win (U.S. addresses only, please).
The winner will receive a sweet Valentine’s Prize Pack: