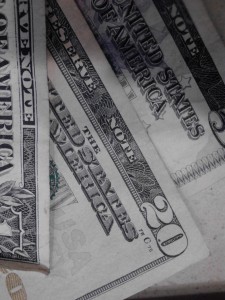 You’ve made the commitment. You’ve obeyed God’s calling and signed up for a mission trip. Maybe you even paid a deposit.

And now, the work begins. You have what looks like a ton of money to raise. Maybe you have a schedule with challenging goals to meet. So what to do?

First, you pray (you’ve been doing that already, right?). And then, you get to work! Tuesday’s blog listed some real-life fundraising ideas from Never the Same Peru 2013 missionaries, and I’m including a few more below. I hope some of these will work for you or that you’ll adapt them for your own use.

Remember: God owns it all and can move His resources to send you where He wants. Just make sure to stay faithful with your part. He’s more than capable of taking care of His (which also includes empowering you for yours).

Photo Bomb: Shelagh, 22, combined her love of photography with missions-trip fundraising. She offered photo shoots to friends and family on a donation basis and put all the funds toward her missions trip.

But Shelagh also had the most unusual fundraising story I heard this past year. A woman who bumped Shelagh’s car in a parking lot insisted on sending her a $500 check (although Shelagh told her she owed nothing since she drives an older car). That $500 was the same as Shelagh’s final payment toward the Peru trip. [Note: Neither Shelagh nor I advocate putting your car in harm’s path as a means of fundraising. But God often works in unusual ways!]

Group Effort: Sisters Hannah (17), Emily (16), and Ella (14); along with friends Lauren (16) and Molly (14) conquered their fundraising by working together. Calling themselves “Passion for Peru,” the five girls made a fundraising Facebook page, did group babysitting at their church, did housecleaning, waxed boats, and held two benefit concerts at which they gave presentations about their upcoming missions trip. All in all, their passion brought in more than $25,000 and sent them all to Peru, in awe at God’s provision.

Sales Team: Garage sales or rummage sales can often help raise large amounts of money in short amount of time. One group of Never the Same missionaries from San Antonio led by a wonderful leader named Jill (read more about her here) hosts a huge garage sale every year. As part of their sales promotion, they post pictures and descriptions of large or unusual items n social media and even offer to ship some items. This group also has monthly Bible studies and spends time praying for and encouraging one another as they move toward the field. No wonder Jill brings more missionaries to the Never the Same trips than anyone else!

I know there are many more ideas out there. What creative ideas do you have (or have you seen) for mission trip fundraising? Share your story in a comment below so others may learn and the kingdom of God may benefit. After all, the more money we raise, the more people can go, and the more people can hear about the One who makes it all worthwhile!