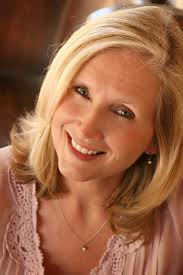 Susan Meissner is a multi-published author, speaker, and writing workshop leader with a background in community journalism. Her novels include The Shape of Mercy, named by Publishers Weekly as one of the Best Books of 2008, also received the Christian Book Award for fiction. She is a pastor’s wife and a mother of four young adults. When she’s not writing, Susan directs the Small Groups and Connection Ministries program at her San Diego church.
1. Before you wrote novels, you wrote and edited for an award-winning small town newspaper. Can you describe how that experience helped prepare you for your writing work today?
Writing for a newspaper teaches you to hook your reader with the first sentence and to write economically. I was told to think of each word as costing me a quarter so that I would be stingy with my words! Newspaper stories are all about brevity and yet completeness. Readers absolutely want to know the who, what, where, when, why, and how –it’s not like you can skip a couple–but you can’t be longwinded. Readers won’t read a newspaper story that goes on and on and on. Novels of course are longer and readers want their money’s worth in terms of length but the lesson is the same – When you can tell a story in ten amazingly good words instead of 20 just plain good words, you draw your reader in and they don’t want to let go.
2. How and why did you choose to designate your work as “Fiction for the restless reader”?
When I began writing for the Christian market in 2004, I had a hunger for literary fiction from a Christian worldview, which can sometimes be different than Christian genre fiction. I was restless for it and there didn’t seem to be enough of it. So I wondered if maybe there were others out there like me who wanted fiction from a Christian world view, but not necessarily Christian fiction. The difference might be described as one having an overt Christian theme and the other having a subtle Christian theme. It was the latter I was restless for more of. I figured there other readers out there like me.
3. Lady in Waiting ties together the stories of two Janes: present-day antiques store manager Jane  Lindsay and 16th century Lady Jane Grey. Which story proved more challenging to write, and why?
Strangely enough writing the contemporary story of Jane Lindsay was the harder one because she plays a very passive, deferential person and I am not like that at all. I struggled to make her likeable. Sometimes I just wanted to slap her! But that was her flaw, you see. Every character has to have a flaw that they rub against in their quest for whatever it is they want. Her virtue was like it – she is a very patient, compassionate person – but it was her fatal flaw that I struggled with in the early drafts. I am thankful for great editors who helped me see how much Jane Lindsay needed to be liked. I created the character of the psychologist after I realized her passiveness needed to be exposed by someone who could help us care about her.
4. I know research is one of your special joys. Can you describe the research you did to present an accurate—although fictional—portrait of Lady Jane Grey?
The character of Wilson gets after Jane Lindsay when she buys historical fiction to find out more about Lady Jane Grey’s life. He also tells her that there is nothing at the academic level written about Lady Jane Grey and she won’t find academic material in historical fiction. That part is fairly accurate. There is hardly anything scholarly written on Jane Grey because she was unimportant for the first sixteen years of her life and only became notable when she was named queen and we all know how long that lasted.  I read Alison Weir’s book (historical fiction) twice and many other articles and chapters on Lady Jane Grey. I had enough information to portray the story accurately enough as far as dates and betrothals and weddings and executions. The rest – like who she might have really loved – I had to imagine.
5.  Your modern-day protagonist, Jane Lindsay, is experiencing the pain of marital separation. Did writing her story also require research? If so, can you describe what you did?
I have a lovely marriage to a great guy so I had to poll some women who’d been left by their husbands to share with me what that experience was like. I combined all their answers to create the scenario for Jane Lindsay. I also chatted several times with a friend of mine who is a marriage and family counselor. Every story was different of course, but there many similarities. Most that I talked to didn’t see it coming.
6. What’s the best piece of writing advice you ever received?
Write what you love. You can write to the market and maybe sell more books but you may not enjoy the process as much as writing what you really want. Literary fiction – the kind of fiction I like best and like to write – tends not to sell as well as popular fiction. But I feel like I need to be true to me and how God made me.  That’s a choice every writer must make for herself or himself.
7. Please share with our audience anything else you’d like to answer that I haven’t asked.
Sometimes people ask what inspires me to write. I usually answer that  life inspires my writing life. I am wired to communicate, so as I observe life happening around me, I itch to say something about it, and the form of communication that scratches that itch best is writing.  There is a world of truth out there that needs telling.