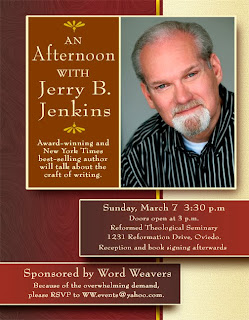 I mentioned in an earlier post that dyslexia has influenced my approach to writing and life. I’m not dyslexic, but one daughter and other friends are. I’ve learned a great deal from them and have found that the backwards approach provides unique perspective.

Perhaps that’s why so much of my writing life has come about, well, backwards. I was writing when I could barely read. I was published before I knew anything about submissions (my teacher did it for me). I wrote book proposals and then books for authors and CBA publishers without following the typical steps of the publishing world.

This Thursday through Sunday, I’ll complete a step I wish I’d taken long ago. I’m about to attend my first official writers’ conference! The Florida Christian Writers Conference (FCWC) is held annually at Lake Yale Baptist Conference Center, less than thirty minutes from my home. I had planned to go last year but a book deadline (for the books mentioned in my previous post) kept me at my computer. I’ve planned to attend other conferences in other years and cancelled those as well.

My husband and I decided I would attend the FCWC this year no matter what. I had planned to commute, but God and a generous friend provided a scholarship for room and board. I know my Father has great plans for me there.

Word Weavers, the local Christian writers’ group to which I belong, will host Jerry at an afternoon reception this Sunday, March 7, after the FCWC ends. For details, see the attached flyer. Jerry will speak about the craft of writing and the work of the Christian Writers Guild. Word Weavers will offer door prizes along with a reception and book signing. Join us!

And please pray for me as I attend the FCWC. I’ll be the one taking the backwards approach—and watching for God at work.