When God Writes the Story 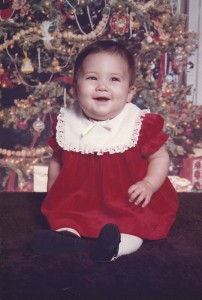 Many years ago and in a far-off land, a young couple celebrated their marriage. God had given them both the idea to adopt a child, and they looked forward to the day when that would happen. “We’ll have children first, and then adopt,” they told each other. So, after about a year of marriage, they asked God to grant them a child.

And then, through an amazing series of events, He brought them just the right daughter at just the right time. She was born in a hospital a few miles from their home, and they were able to hold her when she was only hours old. They brought her home from the hospital the next day. A few months later, they finalized her adoption. 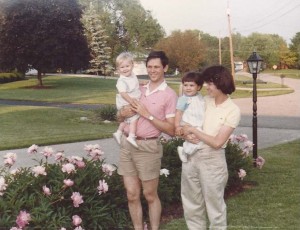 Ten months later, after more prayers and waiting, God, like all good writers, added a twist to the story. He gave the couple another little girl, but not through adoption. The two sisters grew up as best friends. And they both rejoiced when first one, then two, then three more siblings were born into the family.

The oldest daughter always knew she was adopted. She always knew she was special, too, and that God had chosen her for the family who loved her so much. They celebrated “Adoption Day” every year, when she received special presents, including her favorite, the one she called “’doption Mickey Mouse.”

As that daughter grew, she developed a love for anyone who felt left out or abandoned. As a twelve-year-old, she raised more than $1200 for a local crisis pregnancy center, wanting to help others give the gift she and her parents had received. Even during her time in college, she considered adopting a teen but decided to wait.

Not so many years ago, that grown-up daughter celebrated her own marriage. Like her parents, she and her husband also dreamed of adopting one day, although they didn’t know how or when.

After almost six years of marriage, they began the process to become foster parents. “We’ll get a sibling group,” they told their parents. “And we’ll only get children who are available to adopt.”

Several months later, God, like all good writers, added a twist to their story, too. One special girl was already a part of their lives. A student at the school where the grown-up little girl taught, she wasn’t available for adoption. She wasn’t part of a sibling group. But she did have a need—several of them, in fact.

As the young couple waited and prayed, they decided this child needed a home. She needed a family. She needed them. And they needed her.

So the couple waited. And prayed. And went through more training. And waited some more.

The young girl had no idea all this was happening. At one point, having heard of their desire to become foster parents, she even asked them, “Would you ever consider a teen girl?”

But they could wait. And pray. And wait some more.

On the day before Thanksgiving, the young couple received a special package, one that came with lots of love to give and receive, with lots of needs and hopes and dreams and longings. And, like her new foster mother, she came as just the right daughter at just the right time.

Welcome to our family, new granddaughter. You are loved. You are chosen. And regardless of what the system says, you are ours.

We will work together to help your parents give you the best life we can. And we promise to do what real families do: Be with you always. No matter what.

Because when God writes the story, it may look different than others—but it’s always right.