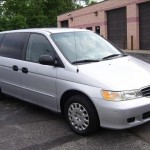 “Traveling mercies” is a phrase many consider Christianese.  We  insert it into our prayers with as much understanding as the oft-repeated “hedge of protection.” No big deal.

Back in June, I visited my mom in her Ohio log home for two weeks of weed-pulling, crossword-puzzle-working, and the joys of the simple life. We talked about my dad, who passed away the previous June. He’d be proud of you, Mom. We laughed at our many similarities: You like cabbage but not coleslaw? So do I!

On the Sunday I started my journey home, Mom and I attended church. Near the start of the service, Mom asked for prayer—“traveling mercies” as I drove back to Florida. No big deal.

After church, I loaded my suitcase and other assorted plunder from our cleaning and organizing sessions into my aging silver van. Gravel crunched under the tires as I waved goodbye. I took a more winding, eastern route than on the way up, when I’d visited my daughter in Tampa first. This time, the road would take me to another daughter and son-in-love in Columbia, South Carolina.

But not that night.

Less than a minute before I entered the East River Mountain Tunnel, drilled for more than a mile between West Virginia and Virginia, something shifted. Or I might say, “nothing shifted,” because my van suddenly seemed to have no gears. As I entered the tunnel, it slowed. And slowed.

Wary of the line of cars behind me, I tried to accelerate. The engine revved, but something had shifted. Or, more accurately, nothing did.

“Heal it, Jesus! Heal it, Jesus!” I all but chanted as I prayed my way through. Toward the end of the darkness, the gears kicked back in, and I sailed out of the tunnel praising God—but still concerned.

Almost right away, a sign for a rest area beckoned me just as my vehicle’s scary  symptoms returned. I crept along for the mile-plus until I could pull off the highway and into what I saw as a safe place.

A few phone calls, some frantic research on my husband’s part, and a two-hour wait later, a noisy tow truck chugged its way to a stop. The driver would take my van and me back into West Virginia to the mechanic’s shop.

On a late-afternoon Sunday, we had no options for an immediate fix. My husband’s search had led to a shop with a dropbox where we could safely leave both van and keys. But how could I reach the motel he’d also chosen?

“I’ll take you,” the tow truck driver volunteered. By this time, our conversation had revealed him as a media professor at the local community college who drove the tow truck to earn extra income. “I consider myself a sort of Indiana Jones,” he said, grinning out from under the brim of his battered hat.

Indiana Jones or college professor, he looked like an angel that evening as he threw my heavy suitcase onto the back of the tow truck and drove the extra miles to the motel at no charge. One more night on the road. No big deal.

Or was it? Later, I told my husband he’d found a Motel 2. The Middle Eastern manager seemed to sense my apprehension as I faced her across the greasy desk. “This room’s closest to the front desk,” she told me. Her unspoken words told me, “You’ll be safer here than in the back.”

I tried to overlook the grimy carpet and musty linens as I fell, exhausted, into bed. The night, punctuated by pounding music (I didn’t want to know its source) brought little sleep and more questions. Could they fix the van? If not, how would I get home? And first, how would I get back to the shop?

I’d turned off my cell phone before bed because I realized I’d left my charger in the van. But morning light found me emailing my husband with a list of thoughts and possibilities.

Once again, timing became a problem. Tom hadn’t talked to the mechanic until 10:30, and we didn’t know how long it might be until we had an answer. Checkout time was noon. Hesitantly, I rang the bell at the front desk and explained my plight. “No problem,” the manager told me. “You can stay until 2.”

Problem solved, I decided to go in search of a cell phone charger. The only businesses near the motel were a generic quick-stop and a Wendy’s. I stopped at the little store, expecting convenience to equal high prices. Besides, I had little confidence of finding what I wanted anyway.

But there it was: a rack of chargers, adaptors, and other travel-friendly equipment. I found a charger that fit and asked the clerk for help removing it from the locked cabinet. If’ it’s too expensive, I shouldn’t buy it. But I already had him get it out.

I explained about the car and forgotten charger (as if he cared) and then asked the price. “9.99,” he said as I followed him to the counter. I handed him a ten-dollar bill and he smiled as he said,  “No tax.”

As it turned out, the mechanic agreed with our initial diagnosis:  a blown transmission (we’d replaced it once before). The cost would be more than the van’s worth. A few more phone calls, and Tom rented a car. A driver would take me to the airport (the only place we could find a one-way rental) to retrieve it. Since my 2:00 motel deadline was nearing, I bumped my suitcase down the sidewalk to Wendy’s and waited.

Two hours later, I found myself at the repair shop at last. “You poor thing,” 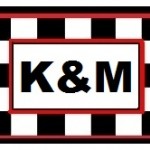 the receptionist told me in the most southern of drawls. “What can we do to help?”

In my mind, the shop had already done plenty. They’d diagnosed the van, called several people who might be willing to buy it, given me some bags and boxes, and pulled the van forward so I could unload it into the rental car. I felt the familiar dread as I pulled out my wallet. How much would they charge?

“27.50,” she told me. That was the shop’s standard charge for a computer diagnosis, but neither my husband nor I had known that. And we’d have to leave the van there until it sold. Would they charge rent?

“No, ma’am,” the receptionist offered. “We’re just sorry you had to have this happen.”

As I drove away in the rental, now filled with not only my suitcase but the van’s entire contents, I thought back over the events of the previous days.

Traveling mercies. When my van slowed to a near-stop in the tunnel, I could have been hit—or worse. When it slowed again, I could have had to wait at the side of the road rather than a comfortable rest area. It could have happened at night when tow trucks, especially in small towns, were harder to reach.

Traveling mercies. The tow truck driver didn’t have to deliver me to the motel. The manager didn’t have to put me in a (relatively) safe room or let me stay beyond the checkout time. The convenience store owner didn’t have to cover the tax on the phone charger. The rental agent didn’t have to show me the vehicle and try to give me the best car for our money. The mechanic’s shop didn’t have to be so gracious, honest, and kind.

This and a few dozen additional mercies ran through my mind as I drove back into Virginia and down the winding road to the welcome arms of my family in South Carolina, then Florida. The rainbow shimmering through the sky didn’t surprise me, though. I saw it as yet one more sign of traveling mercies.

Which from now on, I will always consider a big deal.

(If you’re ever in Bluefield, West Virginia, I highly recommend K & M Performance Automotive. I’d link to their website if they had one. Even the rental agent, several miles away, told me the shop has a great reputation. If we lived closer, they’d have our lifelong business.)

Have you experienced the truth of traveling mercies? I’d love to hear your story. Share it in a comment below.