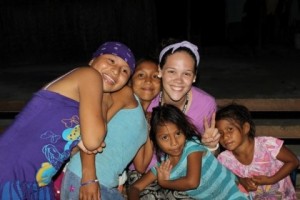 Because Tom and I just returned from Costa Rica on July 20 and our girls also returned from Central America on July 25, there’s a whole lot of readjusting going on at the Pieper home. I present this list as both a humorous and serious look at the aftermath of short-term missions service. And no, I won’t identify who is exhibiting which sign.

You know you’ve just returned from a short-term mission trip when. . .

10. The house fills with the smell of unwashed (or less-than-well-washed) socks and sweaty T-shirts.

9. That salad/milkshake/hamburger/Starbucks/Chipotle/Chick-fil-A/other Western food you missed most tastes really good.

8. You begin every other sentence with, “One time in (insert name of international city or village).”

7. You go to your neighborhood grocery store and all you can think about are the children you met who lived on rice and beans—if their parents could afford them. 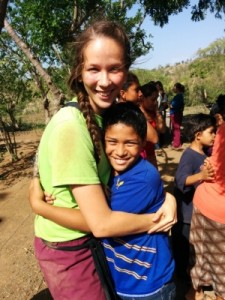 6.  You open one of your 27 Bibles and remember the people who were so eager to receive their first one.

5. You can’t forget the looks on the faces of those who received Christ. Or the tears on yours for those who didn’t.

4. You missed your family while you were gone, but now that you’re home, you miss your fellow missionaries more.

3. You realize that the same God who works in power overseas cares just as much for the people at home.

2. You can’t listen to comments about how wonderful you are for going to the mission field because you’ve met the real heroes who serve there every day.

1. You’re not sure you should unpack your suitcase. After all, you know God will call you to go again soon. 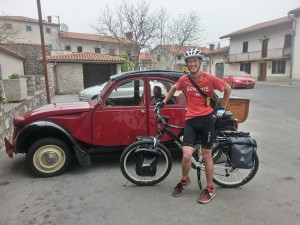 If you’ve served in short-term missions or know someone who has, can you relate? Feel free to add to my list in the comments below—and join me in prayer for continued change in lives on the mission field and at home.