Home » Uncategorized » 5 Things I Learned at My High School Reunion

5 Things I Learned at My High School Reunion 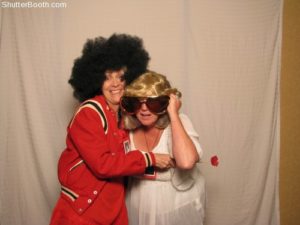 Not long ago, I wrote about what I’ve learned since high school. Since sharing that post, I’ve had the privilege of attending (and enjoying!) my fortieth high school reunion. I can only describe it as a wonderful weekend, filled with friends, fun, and plenty of tender/some side-splitting memories.

And of course, I acquired a bit more wisdom over the reunion weekend. I’ll do my best to summarize it:

1. Shared Memories Unite Us: In my earlier post, I mentioned that our high school schedules, interests, and activities tended to separate us. Part of the reunion’s beauty was the opportunity to revisit our shared experiences: cafeteria food (Hopewell Elementary’s tender wheat rolls, Lakota’s salty French fries), football games, prom, and particular classes/teachers. As we talked and laughed, those long-ago differences fell away, and the sweetness of the memories brought us closer than the day we graduated.

2. Life’s Difficulties Bring Compassion: As I spoke to friends and acquaintances throughout the weekend, I realized how many of us had been through challenging experiences: Cancer. Divorce. Job loss. Death of a child, parent, or spouse. Some of my classmates’ faces were etched with the pain of those tough times. Others bore little to no evidence of suffering. But whenever anyone mentioned these tough times, heads nodded and eyes warmed in both empathy and sympathy. We care a lot because we’ve been through a lot.

3. Sometimes a Friend Surprises: The evening held more surprises than I anticipated, whether by attendance (“What? I thought you couldn’t come!”), appearance (“You look just like you did back then!” or “I wish the print on that name tag was bigger, because I don’t recognize you”), or achievement (“You turned out a lot different [or exactly the same] as I expected”).

But I was also surprised how much it meant to spend time with my new-old friends. One, whom I’ve known since second grade, cried upon hearing my voice. I also choked back tears as I watched old football buddies reunite and other longtime friends rejoicing at the opportunity to spend time together once again.

4. Dancing Is Cool (Even Though I’m Not): Our DJ played a delightful (for most of us) mix of 70s hits and encouraged us toward dancing and karaoke. But most of us just wanted to talk, talk, and talk some more. I did get out on the dance floor, not because I’ve got any disco moves, but because I wanted to celebrate, and dancing provided a great avenue. And unlike the times I dare to dance in view of my children, no one at the reunion made fun of me. Or if they did, my ears were too old to hear it.

5. Everybody Has a Story: I spent lots of time talking with friends. But I spent more time listening than talking. One man told me about the death of his father during our seventh-grade year. I’d never known. Another lost his marriage when cancer hit but found a new love at almost the same time. One couple drew apart from each other after high school but renewed their love (and married) after a previous class reunion. One woman returned to school after raising a family and just received her M.D.

Everybody has a story, and I was blessed to hear many. Nearly everyone who attended indicated that they wanted to see smaller class events in between the larger reunions. I’m sure there’s more learning to do, more stories to hear, more disco to ruin.

Even if you weren’t a part of my class, I hope you’ll take the opportunity to make new memories with old friends. Enjoy the adventure!